Its a sad day for Star Wars fans, another of the iconic original cast has passed away. Chewbacca actor, Peter Mayhew.

He died at his North Texas home surrounded by his family, read the Twitter statement. 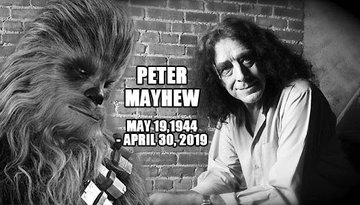 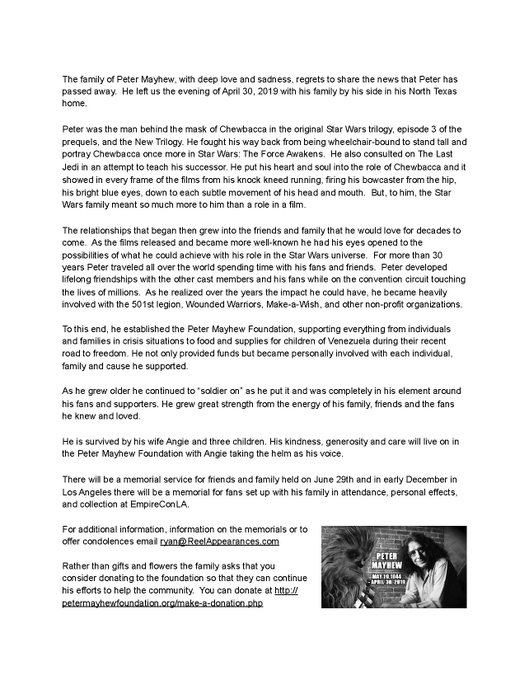 The family of Peter Mayhew, with deep love and sadness, regrets to share the news that Peter has passed away. He left us the evening of April 30, 2019 with his family by his side in his North Texas home.

He was discovered by producer Charles H. Schneer while working as a hospital attendant in London, and cast in Ray Harryhausen’s “Sinbad and the Eye of the Tiger.” The next year, he was cast as Chewbacca, the 200-year-old Wookiee. He went on to star in several Star Wars sequels (Empire, Jedi, Revenge, and Force Awakens.) He trained his protege Joonas Suotamo to take over the role when he couldn’t perform any longer due to health issues.

There will be a memorial service for friends and family on June 29, with a memorial for fans in Los Angeles in early December at EmpireCon. He is survived by his wife, Angie, and three children.

Thank you, Mr. Mayhew, for the memories…

Hipsterzombiejoint is the end all be all of entertainment and geek news!! View all posts by hipzomjoint